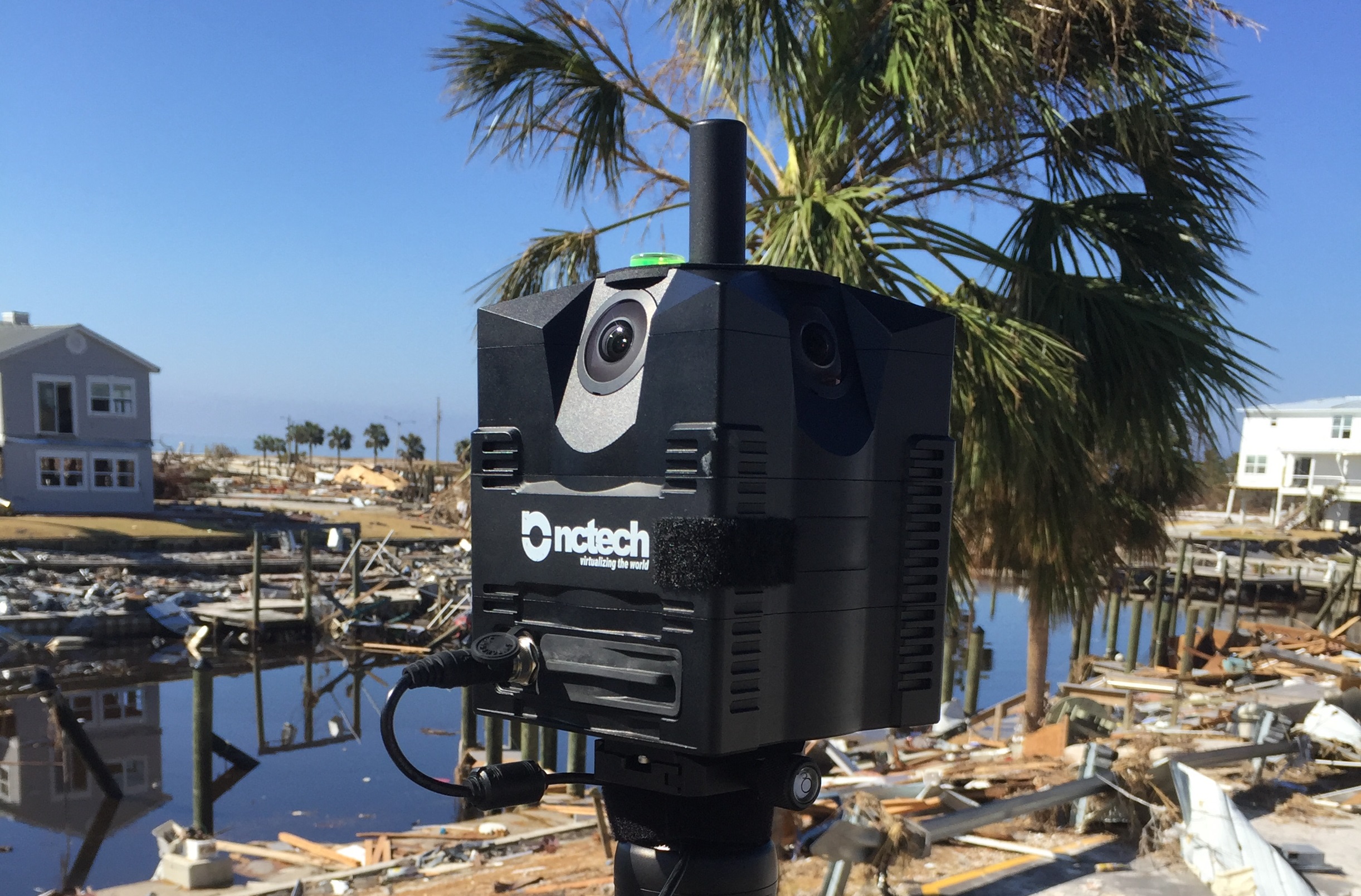 Edinburgh, UK & Gainesville, FL – May 16, 2019 – NCTech, a developer of reality imaging systems, today announced that its iSTAR Pulsar system is being used to document storm damage in the aftermath of extreme weather. In the aftermath of such events, capturing image data is a critical information resource for disaster management, supporting the response effort to deliver emergency infrastructures and supplies, risk assessment, damage assessment for cost estimation, structural analysis and beyond.

Site Tour 360 is an immersive media company based in Gainesville Florida, providing a wide range of services, including virtual tours, Google Street View services, Matterport tours, and video production. The company was one of the first to purchase iSTAR Pulsar from NCTech for collection of 360-degree image data from a moving vehicle or mounted on a backpack.

“The ability to efficiently collect large volumes of geo-referenced image data is a relatively new development, and has only been made possible by technology like iSTAR Pulsar,” said Mike Vorce, president of Site Tour 360. “We have been experimenting with its use in a range of areas, but one of the most interesting and compelling use cases was in the aftermath of these weather disasters.”

After Hurricane Michael in 2018 and a devastating tornado in Alabama in 2019, Site Tour 360 visited the areas and used iSTAR Pulsar to quickly document the affected areas from the ground, simply by driving through them.

“We figured there was a case for being able to quickly turnaround this kind of imagery and make it available to the local response and disaster management teams,” says Vorce. “Even just using Street View to host the images, we were able to demonstrate the clear benefit of having before and after imagery to show the scale of damage to buildings and other infrastructure.”

Following the Alabama tornado, Site Tour 360 was invited to meetings with a range of organizations including insurance firms, academic institutions and local government, and received a request from local government officials to make the image data available as a custom interactive map accessible on the ArcGIS platform.

“Our goal is to be able to go out in the immediate aftermath of a storm, capture and process the site data using iSTAR Pulsar, and then have that data uploaded into ArcGIS by the following morning, making it accessible to everyone from disaster management and the fire department, to law enforcement and tourism,” says Vorce.

Next week, NCTech will showcase the iSTAR Pulsar to delegates at GEO Business in London and the SPAR 3D Expo in California. At GEO Business, NTech’s Araceli Perez Ramos will present on the subject of image capture documentation in disaster management.

About NCTech
NCTech makes the creation and access of virtual worlds possible for everyone, providing 360 degree reality imaging systems that streamline the workflow of image documentation and can be used repeatedly, accurately, consistently by anyone anywhere. www.shop.nctechimaging.com