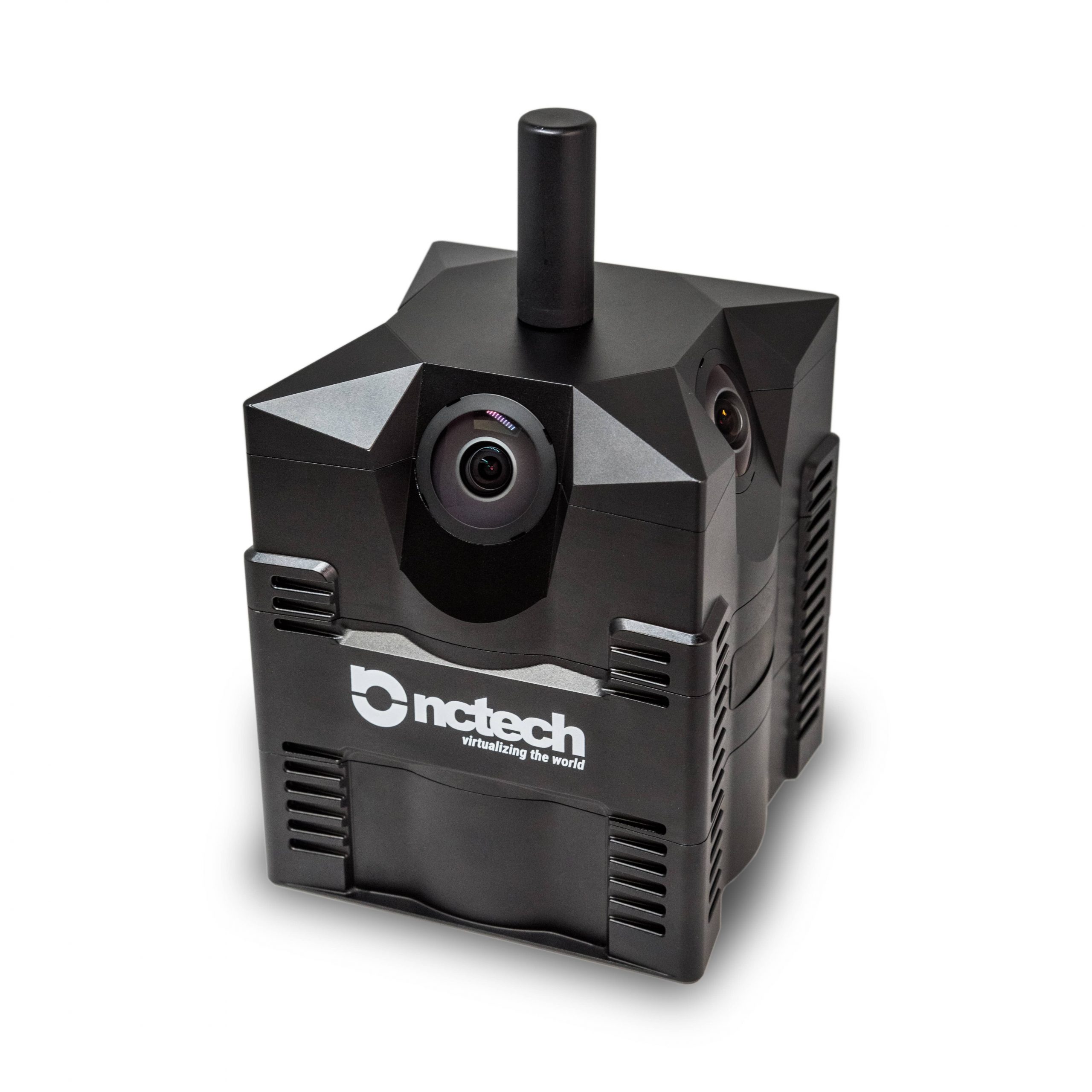 NCTech’s CEO Cameron Ure and CTO Neil Tocher were recently approached by the magazine, WIRED in relation to iSTAR Pulsar big data capture system which is pushing the boundaries of 360° imagery.

If roaming the world with a camera taking snaps for Google Street View, and actually getting paid for it, sounds like a dreamy job, you may want to start considering a career change. Early next month, the virtual reality imaging firm NCTech will be releasing a shiny new piece of hardware designed for professional photographers and travellers. The 360-degree iStar Pulsar camera system was evolved from NCTech’s original product, the iStar Fusion — a model typically used in the military and for surveillance purposes.

The iStar Pulsar, therefore, is a high-resolution tool, albeit one which the company has created specifically for street-level capture. Something of great interest for Google. “We have been working closely with NCTech on street view capturing over the last three years,” says Charles Armstrong, a product manager at Google. “It’s an example of the alignment between the maturing 360-degree camera industry and Google Maps’ objective of mapping the world at a greater scale and frequency.”

NCTech’s camera, in fact, was endorsed by Google last May during the Street View Summit in Tokyo as compatible — along with other models — with its new “Street View Ready” requirements. The “Street View Ready” program was launched in Tokyo to redefine the certification standards of street view capturing. Among the new compatible camera categories that were announced, one targeted cameras for casual users that allow publishing from a mobile app, and another one addressed cameras for professionals that are tailored for vehicle-based collection. The iStar Pulsar was recognised as up to Google’s standards for both.

The new program came as a continuation of Google’s push towards encouraging user-generated content for Street View. Essentially anyone can now upload content to Street View using a variety of different cameras — a major shift from the company’s strategy when the feature kicked off 11 years ago. That’s because it became clear over the years that Google could not rely on its own hardware to consistently map the world. The familiar Street View cars, with their huge mounted cameras, are inconvenient and expensive; and most importantly, they are not sufficient to capture the world as fast as it is changing. “It was impossible for us to keep track of the changes happening in the world with only our own suite,” says Armstrong.

Putting image-capturing devices in the hands of third-parties interested in exploring remote destinations that Google’s cars can’t access, therefore, seems like an obvious solution to expand the scope and frequency of coverage. In a first step towards encouraging user-generated content, the company launched the Street View camera loan program in 2013, under which professional photographers were offered to be lent one of Google’s massive Trekker cameras to participate to

Since then, with programs such as “Street View ready,” Google has consistently pushed towards increasing the number of users — both casual and professional — producing visual content for its Maps. “This is where third party hardware plays a critical role,” says Armstrong. “It is about putting better, more affordable, more efficient hardware in the hands of those who contribute to Street View. We want them to have the right tools.”

In that light, the Street View summits have been efforts to find hardware products that will provide high-quality visuals of the world, while remaining cost-effective and practical for travellers. Initially, Google collaborated with the £400 Ricoh Theta V camera, which 4K video shooting was particularly adapted to non-professionals. Since last year’s summit, it is now supporting an ecosystem of up to 20 different compatible devices, with the objective of maximising the number of users interested in mapping the world, ultimately to improve the quality and quantity of content for street view.

This is why the iStar Pulsar is getting an enthusiastic welcome from Google’s products team. It is a practical device, easily controlled from the user’s phone and ready to be mounted on a vehicle or a backpack. That said, it’s not suitable for your casual photography fan. The device, which captures a spherical resolution of 11K pixels, starts at $4,000 (£3,095)

It compares well to other cameras endorsed by Google as compatible products for professional capturing of street view. The INSTA360, for instance, is a $4,686 (£3,610) device capturing in 8K. The Sphericam 2, capturing in 4K, is priced at $2,500 (£1,900). The iStar Pulsar, therefore, has higher resolution; so high, in fact, that it can construct 3D models from shots taken in 2D.

Where NCTech’s new device differs substantially from other cameras, however, is in where it will place the data it captures. So far, Google has not made the imagery it collects available to third parties, but NCTech is planning on storing all the information gathered with its cameras on a cloud platform that will be accessible for independent application developers. The company is integrating the OpenVINO strategy from its partner Intel, which lets third parties develop algorithms for machine-learning based on an accessible library of data — in this case, a cloud of raw video content produced by the iStar Pulsar.

For NCTech’s CTO Neil Tocher, this will open up many opportunities, particularly when it comes to planning smart cities. “The 3D models we are pulling from the cameras could be combined with atmospheric conditions, noise pollution, carbon and ozone levels,” he says. “It would let city planners look at a city from a city level, and then run precise simulations using that data, and get forecasts on smart cities initiatives in a much simpler way.”

WIRED is a worldwide magazine distributed to more than 850,000 interested readers every month. Focusing on the effects emerging technologies have on culture, politics and the economy, this news giant has large influence over the public opinion of reviewed brands and products. As Wired operates in 5 countries with a reach of nearly one million, an interview with them is an opportunity that no technology company would ignore. WIRED